A lot of the software that we use everyday can do more than we usually ask of it. This is an example which shows how the ubiquitous Powerpoint, more usually associated with interminable serial slides, can be helpful to academic writers.

One of the most useful things to do when getting ready to do some academic writing is the process that I call the shuffle. Now we all know what it means to shuffle cards – it’s a way of mixing the deck up and putting the cards into random order. However the purpose of the academic writing shuffle is not to produce a random order, but to produce the best order possible out of something that may well be relatively random.

The purpose of the academic writing shuffle is:
(1) to find new associations and connections in material that you haven’t seen before
(2) to experiment with the various ways in which material can be put together, and therefore to
(3) find the most persuasive line of argument through the material, and
(4) present the argument as a set of ‘moves’, or an outline.

First of all assemble your cards…

Shuffling is a significant part of academic writing – it’s integral to what I’ve called buffering or the mis en place stage. the shuffle might consist of bringing together various bits and pieces that you have generated using free writing (pomodoros). You might put onto a document the key references that you want to use in a paper, together with the quotes.  Or you might list important points (with the relevant citations). You might accumulate various examples or cases that you are going to use as illustrations. You might mind map. Or you might want to record and sort out some key counter-arguments or caveats that you must not forget to include.

Now these quotes/lists/ideas/chunks/references/counter ideas can be brought together either materially or digitally – or as a combination of both. You might: use postits or pieces of paper or library cards; accumulate binders full of the relevant pieces of material; use a digital equivalent –  Scrivener has pinup boards which can hold several texts open at once, you might make a specific sub-library using bibliographic software, you might have some pieces of data on analytic software. 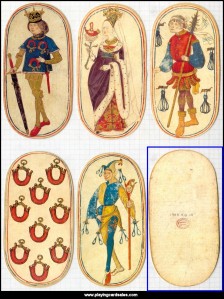 Add new pieces to help make sense of the material you have – and then shuffle.

I’m particularly fond of Powerpoint as a means of planning and/or checking on the order of scattered resources. Most people only use the software as a display tool, but one of its affordances is the fact that you can shuffle the slides around, and talk them through at the same time. So you can put the major moves of a piece of writing onto slides as well as all the various sub-bits that you want to include, and then move them around until they are in the most logical and pleasing order.

Talking through to yourself to hear how the order and re-order sounds as an argument might frighten other people around you, but it does really help  the authoring process.  Shuffle and talk at the same time doubles the efficacy. You can even record your talk and play it all back to yourself to see how it sounds to the audience-you.

Powerpoint can also be used as an aide in supervision discussions using the shuffle process – a Powerpoint slide show can support a conversation about what a doctoral researcher has been reading, or how they’ve thought about putting together some data or a line of argument. Because the slides can be shuffled, supervisor and doctoral researcher can re-shuffle together as part of a discussion to see how other possibilities might work.

Trust me. The PowerPoint shuffle is worth a try.