me, myself and I 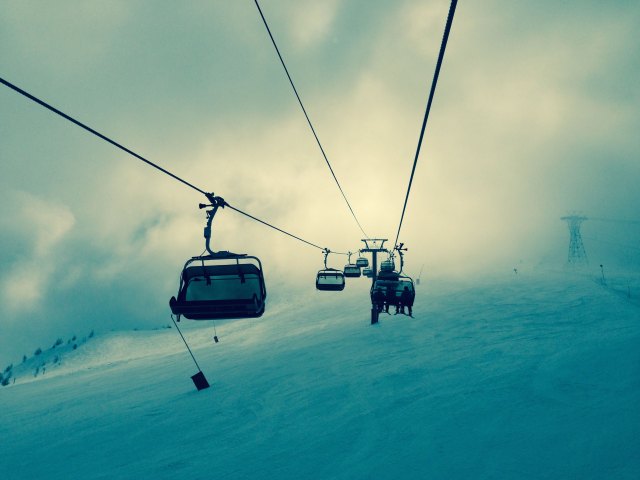 Sherry Turkle wrote the words – Who am we – in 1996. She described how one person and their various persona were distributed across multiple platforms.  She talked about ‘distributed’ knowing and knowledge production.

Hold onto that idea of distribution. It’s not just applicable to the digital.

Raphael Samuel, the British historian, began one of his books by describing all of the people who had contributed to the work that was attributed to him as author – in particular, the librarians and archivists whose careful conservation, categorisation and stewardship made his work possible. He was able to formally recognise very few of these people as they were not actually known to him. He could not name them, although he could name some of their institutions. As well as librarians and archivists, Samuels also acknowledged: the countless conversations that had contributed to his thinking, various secretarial services he had drawn on, and the work that went on in his university and union which created the conditions in which he was able to work.

Samuel wanted to make a point about authorship. It’s always more than one. None of us writes alone. We are always part of a distributed system of authoring. That system is geographically spread, and happens now, but also happened in the past.

However, particularly in the arts, humanities and social sciences, the notion of single authorship dominates, followed by first authorship. Someone who has written primarily in teams, like a science writer, and never written as a first author, may well be regarded with some suspicion by arts, humanities and social science selection and promotion panels. What role did they have on the team? Surely if they were a leading thinker they would write by themselves? They would be seen as first among equals? If we appoint/promote them are they actually up to the job?

I am also often struck by the singleton requirements of the academy when I’m reviewing bids. People who are applying for projects in which they have to work collaboratively usually present themselves as stellar lone rangers. They have apparently conducted outstanding research largely unaided. They have earned impressive citations and various forms of star rankings and prizes all on their lonesome – even when their publication and research project lists show them as parts of teams and sometimes as second, third etc authors.

Yes. I absolutely know that this fabrication of the individualist author/researcher is not the fault of the people writing the bids – it is expected that they write like this. Being outstanding leading and solo is what is necessary to get through institutional hoops and to haul in the money, to get the accolade, to get the job.

But it is bizarre isn’t it? On the one hand, a research bid is judged on its collective potential and the principal investigator on their team work and management capability.  On the other hand, each member of the team must present themselves through a highly individualistic narrative. Occasionally very big grant applicants are expected to show that team members have a history of working together, that this is not a new configuration thrown together for a particular call. But even then, there are the cvs. All those individual stories highlighting the sole and first authored.

And in those bids, the unsung work of technicians, librarians, archivists, institutional workers and so on, never get a look in. The various mentors, internal reviewers, and grant support staff that have made the bid possible are invisible.  Samuel’s and Turkle’s sensibility about the distributed nature of academic labour – and its institutional and wider social constraints and framings – is rarely seen.

I do wonder what it might take to undermine the cult of ruthless academic individualism to recognise the connections, co-constructions and conversations that make our work possible. To give distributed systems of knowing and knowledge making their due.

Photo by Nathalie Gouzée on Unsplash

Pat Thomson is Professor of Education in the School of Education, The University of Nottingham, UK
View all posts by pat thomson →
This entry was posted in academic writing, authorship, bid writing, home page, individualism, self promotion and tagged author, individualism, Pat Thomson, promotion, research bid, team. Bookmark the permalink.

2 Responses to me, myself and I