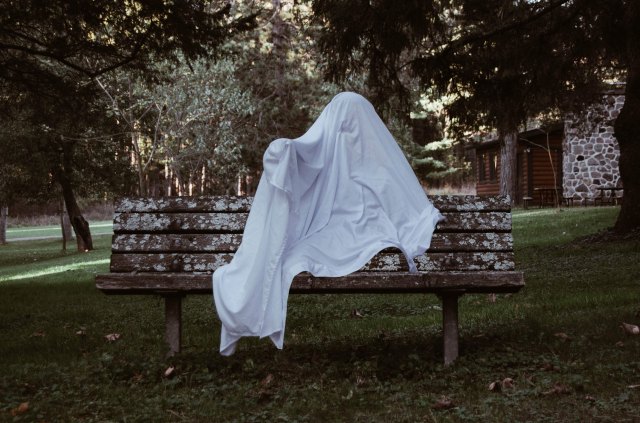 Theory is explanation. Last post I suggested that this understanding might help to reduce fear of theory. This week, another piece in the fright reduction puzzle.

Something else that might help reduce fear of theory is the understanding that not every piece of research uses theory. But all research, regardless of its aims and objectives and its discipline, works with key concepts. And key concepts have to hang together coherently. As a framework. A conceptual framework.

Let me give you an example.

Imagine you want to research, say, how to publish a journal article – oh, hang on that’s me, let me start again. Imagine I want to research how to publish a journal article. I would have to work with concepts. I might want to see academic publishing as an asynchronous conversation. That’s a concept I’d need to explain as it’s not the only way to understand publishing. But following that, I could see a journal article as a contribution to a conversation. That second idea is easier to grasp once you get the first one.

So now I am working with two concepts – academic publishing as conversation and the journal article as one contribution to it. These two complementary concepts make a very simple framework that I can use to design my research on academic publishing. And I can also use it to underpin some writing that I want to do on how to write a journal article.

Right, but what kind of research am I designing? Here’s the rub.

If my research is simply to look at how many contributions there have been to a particular academic conversation – let’s say I’m interested in papers that are written about open access publishing – then I probably don’t need anything other than the two linked concepts I’ve outlined. Or if want to look at what kind of empirical work has been done on open access publishing and what methods have been used, I still don’t necessarily need anything more than this initial conceptual framework.

But if I decide that I want to look at rejections in open access publishing then I could decide that I need to theorise the notion of ‘a conversation’, explaining who gets to speak and who doesn’t and why. I might then call on the theorisation of a ‘discourse community’. A discourse community has norms, conventions, border keeping practices and so on. Alternatively, if I decided to look at the economics of open access publishing then I might turn to political theory related to public and scholarly good compared to profit-making. Or, if I chose to look at how peer review might work differently in open access publishing, I could call on ethical theory in order to ground a conversation about new norms of academic writing-related behaviour.

So you see, while we all research with concepts and a conceptual framework, not all research question explicitly uses theory. Whether we use explanatory theory or not is in part related to the purpose of the research  – are we interested in ‘what works’ or ‘what is’ – or are we trying to understand why something is the way that it is?

I recently saw a really clear example of a turn to theory in order to understand something – it was in the journal Teaching in Higher Education. The author, Jon Nixon, begins his paper, ‘Becoming ourselves’( 2018)  by recounting a particular interaction which took place in an interview.

In the course of conducting the study I interviewed a number of teachers and students, but the comment of one teacher in particular has stayed with me over the years. ‘It’s not just that expectations need raising ’ argued this teacher,‘ It’s that our pupils need to see that they can achieve’. Then the interviewee added:‘ There’s some sort of subtle difference there I think.’ (p. 902)

Nixon goes on to say that he has ‘pondered’ for a long time on what that subtle difference might be. He writes that the teacher’s statement raises a ‘fundamental pedagogical question: how to translate aspiration into functioning capability?’

I’m sure that Nixon’s question resonates with many of us. I’m sure Nixon is not the only one to ponder over teaching in under and postgraduate classrooms.

But then Nixon goes on to say…

I have found Martha C. Nussbaum’s work particularly helpful in thinking through –and working through –that question. Her speciﬁcation of what she terms the ten ‘central capabilities’ has in the past provided me with a very helpful framework, not withstanding what some would see as its colonialist and/or universalist bias (criticisms that Nussbaum robustly counters). (See Nussbaum 2000, 78–80; 2011, 33–4). Hans-Georg Gadamer’s later work on ‘applied hermeneutics’ has also provided me with some hugely important insights into what he calls ‘the primacy of the question’ in the development of understanding both within the humanities and more generally. More recently I have come across Paul Gibbs’s (2017) work on happiness and contentment, which has helped me approach the question from some interestingly diﬀerent angles. (p. 902-3)

The paper goes on with Nixon explaining his take on Gibbs which he then brings to the question of pedagogy, and students’ ambitions.

There are three things about Nixon’s introduction that are notable. Nixon

These three points are very important. It is very helpful for a reader to know why theory is being used and to what ends. It also helps if they are assured at the start that the writer is using theory as a resource to think with, and they have made a conscious choice about what the particular theory they have chosen will do.

That’s a good lesson for all of us I think. Be clear about when and why to turn to theory.

Now, not everyone is as clear as Nixon about why they are working with theory. You and I can be forgiven for thinking that sometimes people work with theory for its own sake.

And hey – that’s my next post.  Another take on theory fright. Writing.

Photo by Lucas Ludwig on Unsplash