writing the thesis from the middle

This is a guest post from Dr Milena Popova, a rogue scholar and activist. They offer one-to-one academic tuition, and tweet as @elmyra. 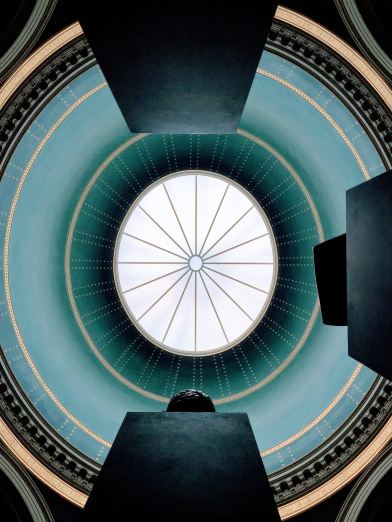 As I hit the start of the second year of my PhD, one of my supervisors casually said to me, “Oh, you should probably aim to write your literature review this year.” It is very common for supervisors to suggest the literature review as the first thesis chapter to actually see daylight. And in many cases it makes a lot of sense: you will have spent a large chunk of your first year reading and familiarising yourself with the state of your field. The jump from reading to writing can be rather daunting, and a literature review may be within your comfort zone at that stage. And depending on your research design, you are likely to be deep in data collection in your second year, and therefore have nothing to actually write about yet. So in the interests of getting you to write *something* (which is an excellent idea!), many supervisors push for a lit review early on.

If this works for you, that’s great, but I’m here to tell you that there’s more than one way to write a PhD, so if the “lit review first” approach doesn’t work for you, there are others. Despite my supervisors’ best efforts, I wrote my thesis from the inside out.

Personally, I struggle to work from the theory down, and so I knew that any lit review I wrote in year 2 would have to be rewritten pretty much from scratch once I knew what my data actually said. A certain amount of editing and rewriting is inevitable in a PhD, as your ideas develop and you work out what you’re trying to say over time (and there’s a chapter in my thesis that I did rewrite three times), but some rework is avoidable. If, like me, you prefer to work from the data up, writing your thesis from the inside out might be the approach for you.

What I mean by writing the thesis from the inside out is writing the data chapters first. For me, those were the three case studies that formed the core of my research. Having more or less completed those chapters, I then wrote my literature review and discussion chapter side by side in my third year, followed by the conclusion and introduction at the very end. This approach has several advantages. For me, the data chapters were much more concrete, and having written them first meant I knew what the data was and what it was saying. That then gave me the foundation to build the theory on. Writing about my data early on also meant I developed a much better understanding of it, as the writing process became an extension of the analysis process. This approach also forced me to plan and do my data collection and analysis in a way that allowed me to start writing about the data early on. I was able to split the data collection into three separate stages (one for each of the data chapters) and do different tasks for each of the chunks in parallel.

Once I was past the data chapters, something I found important and helpful was to write the lit review (finally!) and the discussion chapter side by side. This allowed me to make sure that anything I was relying on in the discussion chapter had been adequately covered in the literature review. It’s a bit like Chekhov’s gun: if you’re going to shoot someone with it in Act 4, it had better be on the mantelpiece in Act 1. The final layer of this inside-out writing were the conclusion and introduction, which I also wrote more or less side by side, but really, the introduction came last because that was the point at which I knew what I was introducing.

The inside out approach won’t work for everyone. You may find it easier to work from the theory down than from the data up, or your data collection and analysis may be structured in a way that doesn’t let you do any early writing about your data. The important thing here is to be open to experimentation (both as a PhD researcher and a supervisor), as that is the only way you get to work out what works for you. I use the inside out approach for most of my research writing to this day, and I wouldn’t have found out that it was the right approach for me if my supervisors hadn’t trusted me when I said, “Um, I think I’m going to write something else actually.”

Milena’s approach is one I often recommend to PhDers too.  I completely agree that it helps to know what you are going to write about, your results, before you structure your argument and your text.

Photo by Martino Pietropoli on Unsplash

15 Responses to writing the thesis from the middle