professor of the academic dark arts

Professor of the dark academic arts. It’s a job. Yes, really. No, you never see this position advertised. But it exists. And not just in J K Rowling’s world. In real life. Professors of academic dark arts magick away other people’s work and get away with it. They cast spells which do in their competition.

We have all heard about the dark arts of stealthy plagiarism, unethical appropriation of other people’s research agendas, fudging research results. 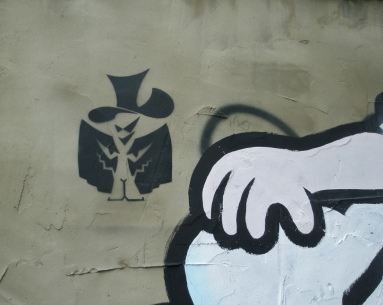 While there is emerging systematic evidence of extent of academic dark arts practice (see for example Retraction Watch, and here here and here, and an interesting editorial here), there are loads and loads of stories. Stories about manipulation of experiments and cleansing of data. Stories about senior academics taking off with ideas generated by doctoral and early career researchers or their peers. Stories about early stage researchers being dismissed when projects are incomplete and getting no credit for their work. Stories of reviewers who suddenly begin a new project “inspired” by a paper they rejected.

Almost every time I run a workshop on “communicating your research on social media” I discuss questions of plagiarism. Someone will inevitably talk to me afterwards or send me an email about a dodgy academic issue that they or one of their peers is dealing with. I’m sure you have heard these stories.

Sometimes people do complain about malpractice and the offending academic is  punished; they lose their jobs and qualifications as well as their reputations. But the stories suggest that for every one bad professor who is caught out, there are plenty of others who engage in the dark arts and escape scot free, leaving colleagues bruised and/or scratching their heads in wonder.

A google search quickly turns up a truck-load of dark arts stories.

I am a second year PhD student and I wanted to ask if anyone has experienced someone else stealing your ideas? Basically, I wrote a grant proposal 9 months ago and emailed it to someone who said they might be able to help me. A few weeks later I emailed to ask if I had been successful and I had a one sentance email to say that ‘sorry, I do not have the funds’. I have just found out, by chance, the same study is now being carried out by this person…

By chance, I am reviewing now the paper which I recognised as a paper of my colleague. We are from the same institution and I am surprised that I got this paper to review, but, on the other hand, I am lucky to see it before it’s published. My colleague mentions in this paper the methodology like it was his idea but actually, I am the one that developed it, made it work and applied it, together with the help of my supervisor. In short, he wants to be the author of the idea and the methodology. This is, in fact, what comes out from the paper. I am now preparing my own paper about this methodology and my work, and I don’t have any publication on it, so far, just a poster from when I participated at a conference six months ago. I talked to him about it but he doesn’t feel that it is wrong or ethically incorrect.

Sound familiar? Some stories of academic dark arts even appear in academic journals.  See this example from the Annals of Internal Medicine.

Dear Plagiarist: A Letter to a Peer Reviewer Who Stole and Published Our Manuscript as His Own

I am aware that you recently admitted to wrongly publishing, as your own, a scientific research paper that I had submitted to Annals of Internal Medicine. After serving as an external peer reviewer on our manuscript, you published that same manuscript in a different medical journal a few months later. You removed the names of the authors and the research site, replacing them with the names of your coauthors and your institution.

It took 5 years from conceptualization of the study to publication of the primary analysis. This study was my fellowship project and required a lot of work. It took effort to find the right research team, design the study, raise the funds, get approvals, recruit and create materials for study participants, run the diet classes, conduct the study visits, compile and analyze the study data, and write the initial report. The work was funded by the U.S. government and my academic institution. The secondary analysis that you reviewed for Annals used specialized methods that took my colleagues many years to develop and validate. In all, this body of research represents at least 4000 hours of work. When you published our work as your own, you were falsely claiming credit for all of this work and for the expertise gained by doing it. ….

The dark arts are always played out on unsuspecting and trusting victims. But worryingly, it seems that those who have been harmed by the academic dark arts often suffer more than the perpetrators.

Some victims do stay in the academy, just coping with what has happened. Others leave. Some who leave also speak out. Take this story for example…

At the top of my inbox was an email from Academia.edu alerting me that a professor on my dissertation committee, we’ll call them Dr. Mao here, had uploaded a paper they had recently published in a journal that I loved. Curious, I downloaded the paper and read it as I waited my turn.

As I read it, my stomach churned and my heart dropped. The constant murmur of conversation around me fell away, and all of a sudden, I was completely alone with my thoughts as I scrolled through the essay. The language was so familiar, though the argument had been expertly changed just enough. It sounded like my paper, one that I had sent to Dr. Mao for advice a year earlier. I never received that advice, but I guess it had been read after all.

The paper was something I was incredibly proud of; I knew what a good idea it was, and I knew that I needed to hold it close and reveal it only when I was ready to publish. To make matters worse, I had just integrated it into a chapter of my dissertation. It was the hinge point in my argument…

This is a story about the privilege of power enjoyed by a supervisor. It involves a dispute over whether a doctoral researcher’s ideas were stolen. It concerns the serious consequences experienced by the doctoral researcher when she took action. Chilling.  (Read the whole story on Why I left academia Parts 1-3.)

And of course, some of the stories are fictions. I’ve just read a book written by a doctoral leaver –  Karin Bodewits. The book, You must be very intelligent : The PhD delusion, is billed as part memoire, part fiction. Bodewits tells the story of an underfunded lab and its team of unsuspecting PhDs. Their supervisor,  a bullying academic focused only on his own career advancement, spectacularly fails to support doctoral research projects. Instead, he puts the hapless postgrads to work on an ever-changing set of faddish experiments. He subjects them to unethical neglect interspersed with abusive tirades.

If we believe Bodewits, questionable practices around research integrity, fair authorship and equitable and transparent processes for allocation of funds and networking opportunities dominate everyday life in this lab, and others. You see, it’s not entirely clear in Bodewits’ book what is fact and what is fiction. She says at the start of the book that it is not a diary. But I reckon a lot of readers will speculate about how much of the book was actually her experience. Readers will wonder how much the book is an amalgamation of true stories. The real cases we know about are not so different.

Bodewits doesn’t help the reader out in sorting fact from fiction. A Social Science researcher would certainly have spent more time at the beginning of the book discussing anonymity and ethics. And perhaps connected the lab in the book to a light-touch structural analysis.

You see, the most widely practiced academic dark arts revolve around selfish competition and ruthless self-promotion (1).  We usually think that these academic dark arts result from individual bad behaviour. Cases are rare, aberrant.  But… As a social scientist, I have to ask –  can phenomena that seem to happen so often be a matter of individual malpractice? Doesn’t the common knowledge we all have of these kinds of dark arts stories suggest that something more structural is involved? What if the dark arts are not simply about individuals with a poor moral code but something more systemic? What if the dark arts are encouraged and kept alive by academic funding, promotion, publication and audit systems that rewards a chosen few? And, what do we do about professors who practice the dark arts?

Well I’m going to leave that question for a moment and continue talking about the dark arts in part two. But do remember that if there are dark arts, there is also, thanks to J K Rowling, the now popular notion of defence against the dark arts  …

note:
(1) Oh dear, someone used this phrase recently in conversation with me . Apologies I’ve forgotten who you are.

8 Responses to professor of the academic dark arts