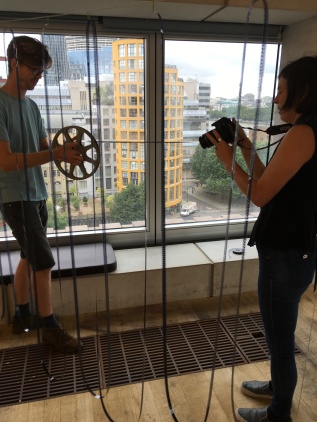 Throughout the school we have been extensively documenting our activities, then projecting, hanging and displaying the results.

Projections have become semi-permanent displays, looped films shown on multiple screens around our work space. Friday saw the emphasis of work shift further to the question of display. 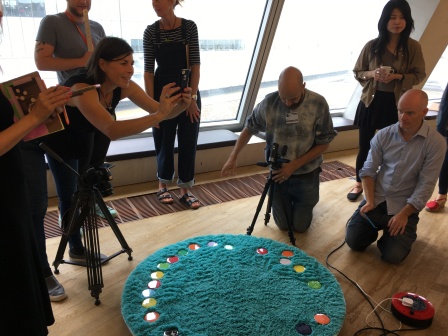 After watching our analog films, a few pieces of which had sadly not quite developed well enough,  the now regular Wake and Shake was a badge making exercise in which two people stood back to back.  One person described an object using technical terms only, while the other person drew. The pair then reversed the process and the resulting drawings were made into badges. This exercise was like the Wake and Shake on Monday, providing  symmetry to the week’s activities. 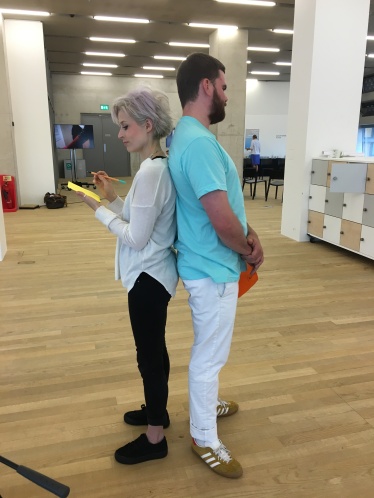 The remainder of the day was devoted to exhibition making. Family, Tate staff and passing public would be invited into our space at 4pm to see what we had done during the week.

Some rules were applied to exhibiting – no new work, no blue tack, no fishing line, no sticky fixes, no click frames (unless they were ironic). The group was asked to think curatorially about:

We had to consider the pedagogy of display – hanging low forces people to bend down and become more intimate with a piece, hanging high requires requires viewers to look upward in a more reverent manner. We were assured that there was no standard display and that we should consider how to build in both the unexpected, a surprise, and moments of reflection. 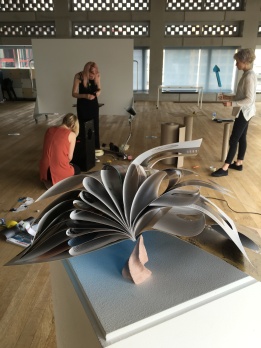 A trip to the gallery was included in the morning’s activities, so that we could see the ways in which moving images and static objects were displayed in the same space in the permanent Tate collection.

People worked in self selected groups as on the previous day. Two of the groups chose to include a performance in their display.

There was a brief 1o minute speed writing evaluation, part of which will go towards our “research” – some writing about what people will take from the week. A discussion on the topic “How can we resist” concluded the formal proceedings.

One of the participants, Jon, has already blogged his response to the school and his thoughts on how the summer school might influence his teaching next year. 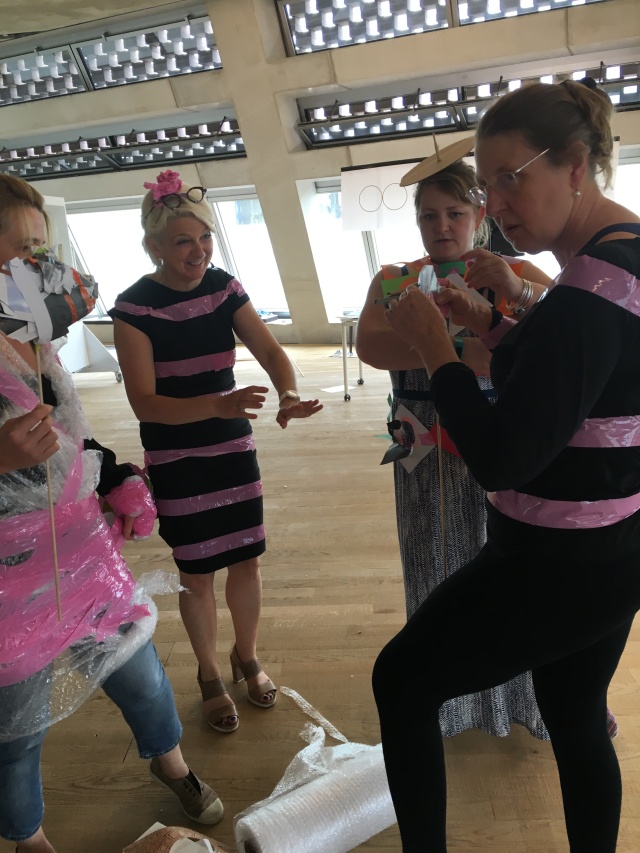 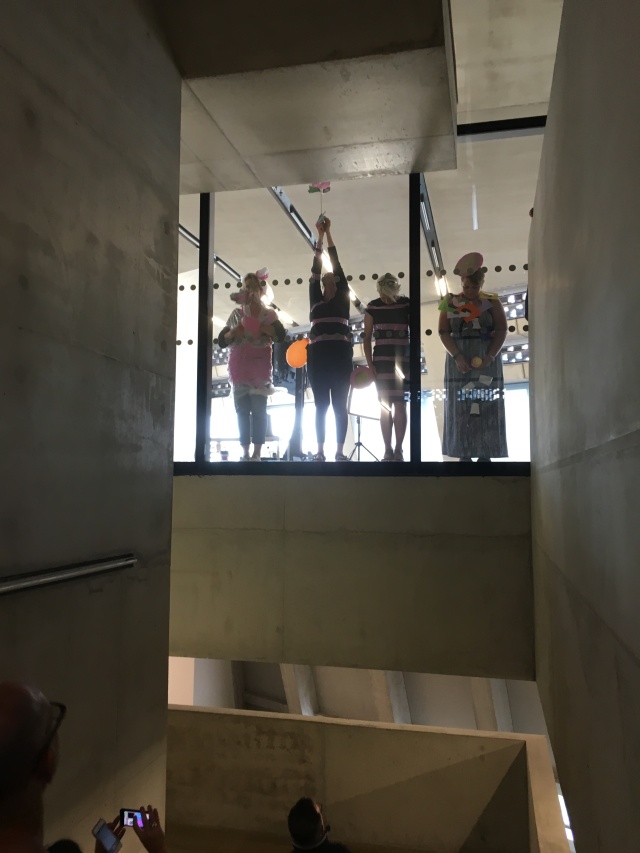 Pat Thomson is Professor of Education in the School of Education, The University of Nottingham, UK
View all posts by pat thomson →
This entry was posted in Uncategorized and tagged Pat Thomson, Tate Summer School. Bookmark the permalink.