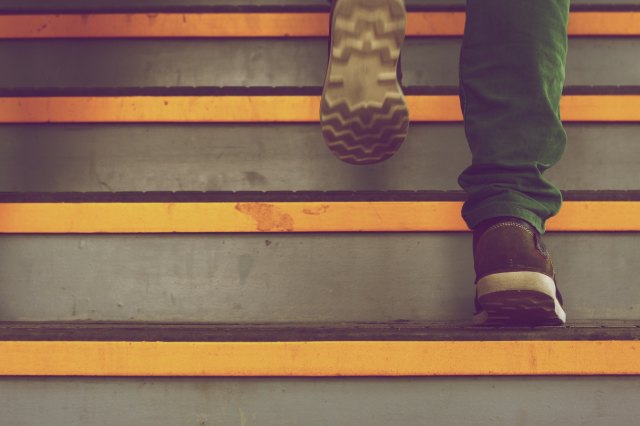 Many people swear by writing goals. Perhaps it’s all about time. Timers allocate a given number of minutes for each writing session – say thirty minutes each morning, or a couple of hours two or three times a week. Or perhaps they are less motivated by time and more by the number of words written. Word counters set themselves a target for each and every writing session – five hundred words, a thousand, two thousand words. They don’t stop till they’ve churned out the required amount.

I tend not to do either of these. I find time and word counts both interrupt my train of thought often at inappropriate moments. So instead I write in chunks. I’m doing that right now as I’m book writing under deadline pressure.

I thought it might be of interest, particularly to thesis and other book writers, if I described chunking. Perhaps you do something similar too.

To begin, I spend time writing an initial road map – a tiny text – for the paper or chapter. I then amass the various bits and pieces that I think I’m going to use – quotations, bits of data (my writing mise-en-place). Chunks might also include pieces that have been written in thirty minute pomodoros, but in my case they generally don’t. Sometimes I put these pieces in a separate document, organising the bits into the order of the tiny text. I often have various books and PDFs open on my desk top and on the floor.

At this point I’m ready to write chunks. I always start with the introductory chunk, as this sets the tone and argument thread for the whole piece. After I have the intro done I revisit my tiny text and make any adjustmentsI need to. I then work out how many steps there are in the argument to come. Each step is a section of the paper with heading. Each step is a chunk. I can then match the number of chunks I have to write to my available time.

My current book is made up of chapters, each of which is about 7000 words. So after I’ve finished each introduction draft I typically have three or four chunks left to do for every chapter.

My preferred method is to write a chunk in one sitting. Occasionally it takes me two sittings to complete a chunk. But mostly it’s a chunk every time I sit down to write. And almost always, at the end of completing a chunk, I spend some time thinking about the next one. I make a few notes about what comes next so I know, when I return to the writing which may not be the next day, what I was thinking.

My chunk writing is always about assembling. Writing paragraphs is about placing the collected materials into surrounding text. It’s much more analogous to making a mosaic where the outline is already traced out, and the pieces are standing by. The text needs to be composed, put together, glued with new words and sentences. But unlike a real mosaic, a written chunk can be deconstructed and re-assembled if it isn’t pleasing.

So writing in chunks is not the same as writing to a word count or writing to time. Chunk writing usually looks and feels a bit stop-and-startish while it’s happening. I work consistently at the screen but swap between referencing, copying, or cutting and pasting. Sometimes it becomes obvious that I need something not at hand and I’ll either stop and find it, or leave a marker that I can come back to at the end of the chunk-writing. I do a clean-up at the end.

Chunk writing always seems quite creative, seeing the various elements come together. I like to keep the flow going so that, in reality, I spend more time on writing new text than in inserting or hunting and gathering. I also try not to edit what I’ve done too much as I know that this is a first draft. I’ll get another go. And another.

Writing a chunk of text, of variable length, but usually between one and two thousand words – sometimes a bit shorter or longer – usually takes me the best part of a morning.

And invariably in between chunk writing sittings I‘ll have a few thoughts about things that I have left out, or things that I need to do differently. I write these down on anything – back of an envelope, or notepad – and I begin the next chunking session attending to the forgotten and omitted. I find that beginning a chunking session adjusting the existing text sets me up for what I aim to do that day.

I like chunking. I find it’s a remarkably efficient way of writing. I can generally get a book chapter draft done in four or five sittings, sometimes even only three.

For me, the magic trick in writing in chunks come from focusing on one step in the argument at a time. I keep the current step at the forefront of my mind. I don’t worry about what’s come before or what is to come next. I don’t get distracted by the whole. I just focus on this bit. Here. Now. You write a whole, not a part. You stop when you’re done. And it’s very satisfying to make the last full stop knowing that you have advanced the chapter by taking that one more step.

Perhaps chunking is something you might want to try too as an additional goal-setting strategy. It doesn’t have to be all about word or time count. Or perhaps you have another strategy altogether?

Photo by Jake Hills on Unsplash