You’ve done your thesis plan. You’ve written for weeks. And weeks. But now, despite your very best planning,  you find yourself at a point where that carefully thought out thesis road map no longer seems to work. This apparent catastrophe may happen before the first draft of the thesis is finished, it may be at the end of a second or third draft.

Being dissatisfied with how the writing has panned out happens to book writers too. They often end up rewriting. Rewriting because it was crystal clear the text as initially conceived in their book proposal just wasn’t going anywhere.

There are many reasons why you get to an oh no, what’s going on here crunch in a big text. That sinking feeling that something in the writing isn’t quite working.

Often new ideas just emerge while you’re writing, and this changes everything. But equally, maybe the results of the original plan have turned out to be something other than you’d hoped for. It all seemed so wonderful when you imagined it. And now… not working at all. Nope.

It’s time for some serious revision and restructuring. 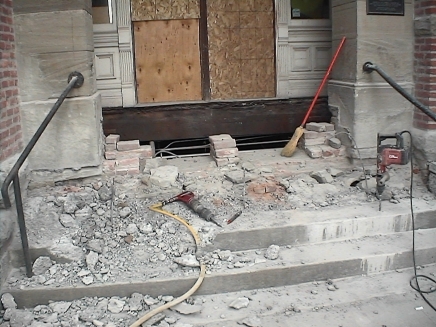 Don’t despair. At this point it helps to know that this happens often. Having to restructure a big text is not a sign that you’re hopeless, or that you won’t produce a finished text. It’s just that this sometimes happens. To lots of us.

And it’s miles better to sort the not working text out as soon as possible, rather than doing the proverbial close your  eyes and pretend it’s not there.

Having the reader at the forefront of your mind as you are considering restructuring is important. It’s often the key to making the decisions about what to do. How will the reader encounter the text? What do they need to know, and when, in order to make sense of the argument you are making, the story you are telling ? Now you have your reader in sight you’re ready to revise by restructuring.

Restructuring moves for a troublesome text include the following:

Sometimes cumbersome chapters are actually two chapters in one. Separating out two halves in tension and dealing with them as separate moves can restore flow and logic to the overall argument.

Sometimes chapters are too slight to stand well on their own. While they have the prerequisite number of words, they are fluffy and need more substance. If there are two chapters that seem to work together, then it’s often worthwhile having a go at putting them together.  Maybe reducing the amount in each of them, and joining them together, will make them both work better. United we stand and all that.

Very often, things that are initially an element of one chapter seem out of sorts with everything else. It is not at all uncommon in a big text like a book or a thesis for writers to move sections of chapters around, often from one end of the text to another, in order to make the overall flow and reasoning work better. Two types of remixing are particularly common:

It can be important to introduce an idea  early on so that it can be called on later. This is particularly the case in theses where there are key ideas from literatures and/or theory that are needed in the analysis and/or discussion. It is often better to put these early on in the text, and then remind the reader of their key points,  as you put them to work in later chapters. However, if you write the results chapters first, which many people do, you may find that you need to write these ideas out at that stage, and in full, in conjunction with the analysis and discussion. You will then need to move them forward when you come to write the earlier chapters.

Some thesis writers get into trouble by saying some things too early in the text. For example, it is very tempting to start to use pieces of your data before you actually say how you have produced them. If you do this, you may well leave your reader very confused about what they are reading, and they may also have a profound sense of déjà vu when they come to the chapters where you report your results. If you find you’ve done this when you read through your text, then it’s a good idea to remix your chapters and move the good stuff to later in the thesis. (Of course there are exceptions to this rule, and you have to be the judge whether advance warning data is right for your text, or not).

It’s not at all uncommon to arrive at the end of a text and wonder if the chapters are in the right order. Playing with the order – again – at second or third draft stage is often needed. It may be that you do have the best sequence already, in which place playing around will act as reassurance. But often, if you have a nagging feeling that things are not quite where they ought to be, it will pay off to  take a good hard look and do a bit of reshuffling.

Don’t be afraid to do any of these moves with your thesis (or book) draft. Although it might at first feel like you’re going backwards, you are in fact doing major revisions. Revising is not all about cutting and finessing – it’s often rearranging structure to get the very best order of material. And of course you won’t lose your original structure. The beauty of working digitally is that all versions of your text are always available to you at any time.

It’s just important to respond to any nagging feeling you get when you are writing, or when you read  back what you’ve written. A good restructure often makes your text a hundred times better.

Pat Thomson is Professor of Education in the School of Education, The University of Nottingham, UK
View all posts by pat thomson →
This entry was posted in Uncategorized and tagged finishing the PhD, Pat Thomson, restructuring the thesis, revision. Bookmark the permalink.

4 Responses to finishing the #PhD – restructuring moves for thesis drafts