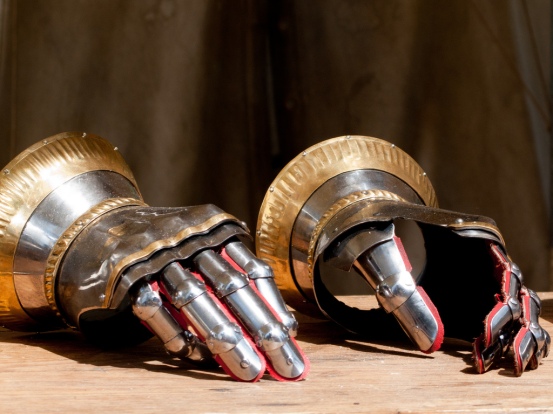 The abusive combative exchange not only makes me feel ill, but also a bit despairing at the lack of change in academic cultures …. let me explain.

When I was a young person, thinking about whether to pursue an academic career or not, there was a notable propensity for some academics to verbally pulverise anyone who disagreed with them. I have a very vivid memory of a Masters’ tutorial where the topic was whether Stanley Livingstone was an imperialist or not. The tutor, a senior academic, took great umbrage at anyone who wanted to answer in the affirmative and shouted, berated and belittled, effectively silencing everyone. He relied on seniority, bluster and fear to make the case that if someone didn’t think they were an imperialist then they weren’t. (Yes, it was a pretty untenable argument and maybe that’s why he felt he had to defend it so vigorously. And yes, the gender politics were also what you might have predicted. )

This wasn’t the first time he’d yelled and carried on like this – but it was a last for me. I hated it. Everyone in the Department knew about it and no-one did anything. So why sign up for a career where hierarchical intimidation was accepted? I decided then and there that if that’s how the academy conducted itself I wanted no part of it. Instead I went to work with young people who’d been kicked out of school – many of them were young offenders.  They were often very friendly and nice to be around, and if they weren’t, at least there was a good reason for their mean-ness and outbursts.

Coming back into the academy much much older, and at a different time, I was at first relieved to see that academics had largely left insufferable ad hominen brutality behind. Conference behaviour seemed to generally be kinder. Teaching in particular was much more focused on support and reasoned discussion. Yes, people were still often less-than-nice to each other, but hunger games pedagogies and gladiatorial argument seemed to have largely disappeared.

Yet, and yet, here it all is. Still. But now on social media. Not in the relative privacy of a tutorial or seminar room, but full frontal in public. Just not face to face. A senior academic bloke flinging insults into the ether without actually witnessing what happens as a result to the person under attack, to others who are watching or trying to support, or to social media practices/cultures. And then the hangers on join in. Triggered by their ‘guru’ they wade in. More mass nastiness – distanced, much of it anonymous, some of it just smart-assery, a lot of it rage and bile.

This is not the first such incident*. This kind of joustery-to-the-death makes social media a very unhospitable place. Somewhere where narcissism prevails, where tribalisms are constructed and reinforced and a pernicious anti-ethics prevails.

And this kind of social-mediatised behaviour is not something that can be fixed with calls for academic niceness and kindness. We need to name this badness for what it is. It’s not clever. It’s not a sign of intellect or learning. It’s just harassment. Plain old bullying. And sometimes just criminal hate.

Civility in academic discussion – what Martha Nussbaum might call a practice of moral emotions which recognises and values other persons and perspectives – seems sadly at risk on social media. Bravo Mary Beard for continuing to demonstrate what it means.

As many have already noted in print and on social media, red in twitter tooth and claw is academic conduct unbecoming and unwarranted. Encouraging others in attack behaviour in the name of some kind of robustness or anti-‘political correctness’ is equally, perhaps even more noxious.

So what can be done, other than to back off, or to persist graciously and courteously, as Mary Beard has done. Well, at a time when we academics are required to engage more with publics and public debate, we need our institutions to openly condemn violent and combatorial social media practice.Alison Phipps made this point quite some time ago, calling for universities to consider the impact agenda and what it asked of us. She noted that the ways in which those who spoke about questions of equity, gender and race in particular were liable to be vilified and threatened. Phipps called for some kind of institutional action.

Nothing much seems to have happened in the three years since her call for intervention. Institutional ‘duty of care’ seems still to be a notable absence rather than an active presence in social media turmoils . Yet the impact and public engagement conversation continues unabated  – and as if none of this nastiness happens.

Those of us who have no stomach for social media verbal violence need to know that we have institutional backing against macho belligerence – torrents of crude abuse cannot masquerade as intelligent debate. Less Coliseum, more Socratic dialogue please. Universities – we need your explicit and open support if we are to speak about our work with publics who aren’t always receptive, prepared to listen or to behave decently.

*A new edited book contains systematic analysis of these kinds of incidents. Watch out for BAROUTSIS, A, RIDDLE, S and THOMSON, P Eds Education Research and the Media: Challenges and Possibilities Routledge – coming in late 2018.