professors of the poison pen 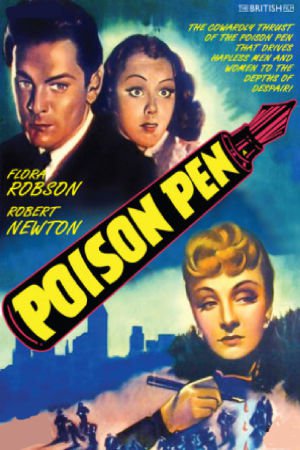 The Poison Pen, is set in a small English village whose residents receive anonymous letters alleging sexual and moral misbehaviour. The recipients become increasingly angry and bent on revenge. A formerly quiet and placid place becomes a hotbed of paranoia and, eventually, violence.

Something not dissimilar happens in the academy. The poison pen is at work there too. In the academy, professors of the poison pen tarnish reputations and white ant research projects. They cast doubts intended to unsettle and do down their competition. Poison pen professors not only cover their tracks but prefer to deposit their bile in places one removed from their victims.

Just think about what that ‘one removed’ actually means. There are boundless opportunities for academic poison pen practitioners – for instance

The truth is that it’s not very hard to wound your colleagues. Lots of opportunities. And lots of ways to administer the poison. 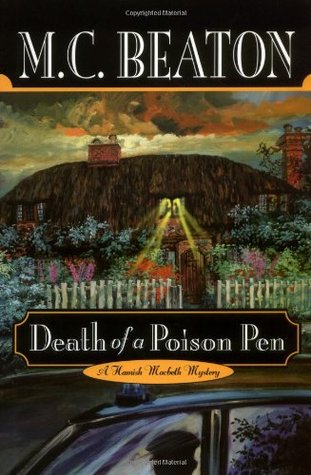 The academic poison pen doesn’t need a full-frontal attack. The poison pen prof doesn’t have to accuse. Doesn’t have to say that the work is poor, the candidate unsuitable, their doctoral supervisor hopeless, their current institution overly happy to promote, their publishers lacking in rigorous assessment. No, the damage is done through simply allocating a barely average score, raising doubt about a track record, arguing for an alternative candidate, suggesting that the journals in which there are publications are not really of the first order, offering a possible critique – it might be argued that…

The poison pen prof is relatively subtle in both the written and spoken word.  They might just contradict an argument in a meeting …Why yes, of course the candidate might think this topic or this approach or this set of previous work is important. However, the professor is an expert in the field which is why they are here. Sadly,  they just aren’t persuaded. They’d like to support the candidate but if only they had read more widely then… Even more insidiously, the professor might lightly refer in passing to information that can’t be revealed – I couldn’t possibly say but if you knew what I knew then …

Damned with the subtext. Submarined with faint praise. Done down with innuendo.

You see, rather than assess a bid, paper or application for what it does do, poison pen profs look for what it doesn’t. They actively look for problems, particularly if they think that the person or the work might potentially overlap or be in competition with their own. They use their well-trained capacity for critique ungenerously. They don’t work for the benefit of the field, to build capacity in the discipline, to support colleagues who are working just as hard as they are. No, they read to see why something isn’t acceptable, employable, fundable.

And it’s not that hard to do. Almost all bids, applications and papers have something wrong with them. Nothing we write is likely to be perfect and without some holes. Everyone applying for a job is likely to have some expertise and not something else, simply by virtue of the opportunities that have available to them. And pretty well everything we do might be something else. Poison pen profs can always find something if they want to.

Sadly, malicious activities do go on under the guise of peer review, and often under the protection of data laws. We have all heard stories about people being done in by colleagues, or perhaps been in situations where we have seen the poison pen prof in action. And we sometimes know when we have been subject to the deadly eye and hand.  That paper that was rated so well by two of the referees but rejected out of hand by the other. The bid that was dismissed summarily by one of the reviewers and this dragged the score down to just below the cut-off point. Mmmm, maybe something going on here… 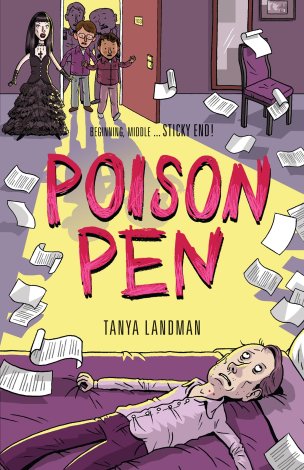 Poison pen profs are individually nasty and eaten up by the unending need to guard their own reputations and achievements. However, they are not lone individuals. And there are rather too many of them. Are they ever sanctioned for this behaviour I wonder? Sometimes it even seems that they are rewarded for their apparent acuteness. Unlike the films and novels, poison pen profs don’t get their come-uppance.

But the point here – the key problem – is that the poison pen prof does damage to more than their immediate intended victim. Doing harm to a colleague is unethical, bad, nasty and wrong. But poison pen profs do all this – and more. Just as happened in the village in Stein’s film, academic poison pen activities breed lack of trust and suspicion. We don’t absolutely know who in our extended academic village might do us in at any time. It could be someone we don’t know, or someone we do. Why, it could even be you.

A culture of suspicion, bred by poison pen practices, is at odds with an academy which depends on collegiality and peer review. Peer review is ideally appreciative and appreciative rather than ruthlessly individualistic. Support for peer review is not to argue against the benefits of positive and helpful critique. It is to assert the importance and credibility of scholarly judgments. At its best,  peer review is a better and more nuanced system than arbitrary metrics or performance based measures administered by an algorithm. But the academy is also competitive, and it is this which leads to and appears to legitimate poison pen activities.

I’m not sure what the answer is to the contradiction between scholarly peer review and academic competition. We can certainly call destructive behaviour out when we see it, as well as not indulging in such bad behaviour ourselves. And we can support emerging scholars who encounter poison pen behaviours on the way in and up the academic food chain. However, I’d certainly like to see more institutional attention paid to the question of an ethic of scholarly integrity and collegiality.

This post is one of a sporadic set on academic bad behaviour. Collect the others already in the series:

Professor of the Dark Arts, Dr Oozing Confidence and Profzilla.

4 Responses to professors of the poison pen

Leave a Reply to The Visualizer Cancel reply