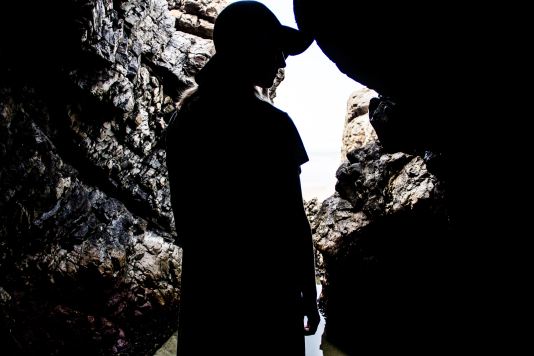 Well, my current book is nearly done. But I was wondering, the other day, why writing a book never gets any easier.

I’ve written quite a lot of books. This one is actually the twenty fourth, although about eight of them are edited collections. Not the same as a monograph or trade book – although don’t get me wrong, editing is still hard work, but it’s different.

However this book feels a lot harder than some of the others.

I think that’s because some books were known territory before I started on them. They had already been the stuff of workshops or teaching or a pre-existing set of reports and conference papers. Others, like the one I’m doing now, are all new work. All new. So the task of writing is not only about getting on top of new material but also about constructing a new argument, one that is both coherent and logical and persuasive.

This book is probably not unlike writing a thesis all over again.

I’ve run really late on this book too and that hasn’t helped. I had to send a draft into the publisher. I’d been doing a lot of research at the same time as writing and really struggled to find diary space to get the manuscript together. So what I sent off was pretty underdone. The middle of the book – that’s where I was reporting the actual empirical work I’d done – was solid. However the topping and tailing of the material wasn’t up to scratch. There was too much description in the scene-setting chapters and the argument got a bit lost. The ending tailed off badly and the implications of the argument weren’t nearly strong enough.

Does this sound a bit familiar? It wouldn’t be surprising if it did, as these are problems that often appear in drafts of a thesis too. The stuff is there and mostly in the right order, but it just isn’t sufficiently honed and refined. What is also familiar, I am sure, is the work that I’m doing now to get the manuscript finished.

Revising and refining aren’t easy to do. They can be hard on the body, emotions and intellect.

I was vaguely embarrassed, particularly as someone who writes about writing, to have my drafty work go out to readers in such an obviously incomplete form. They were generally kind, I must say, and I do hope that they are pleasantly surprised by how much the final version has moved on from the one they saw.

But getting to this point? Well.

I’ve found myself waking up half way through the night a lot. I’ve taken to keeping a notebook by the side of the bed again, a sure sign that heavy duty thinking is going on, whether I consciously want it to or not. I’m asleep and then come to, realising that I am awake when I should be asleep, and I am actually rewriting. I have fully formed sentences in my mind, sentences for a section that I have scheduled to write that day. Or I wake up fretting how to fix those troublesome bits. And happily, I have woken up on two occasions knowing how to reframe the beginning and then the ending.

I can’t do big re-imagining work to order however, and there has been the occasional very scary moment when I’ve wondered if I am really up to the task. Waking or sleeping, I can still work up a good bit of terror about the prospect of being unable to fix-the-book.

Some people might call this fear imposter phenomenon – but I don’t think it is that. It’s just that thinking and writing something new can be fear-inducing. It’s perfectly rational to be afraid when you are standing at the edge of known territory and need to leap forward. Will I/we land safely and be able to march on? Or will I/we tumble and stumble in a prat-fall with the laughter of critical readers ringing in my/our ears?

So yes, there’s been any number of moments of self-doubt and anxiety. And I am sure they will go on for sometime, even after the book has been published.

But there are also moments of exhilaration – I found a way to bring these disparate ideas together! I made this point so neatly!  Yes chapter, I’ve got you licked, you are mine.

And moments of pleasure – Yes! I haven’t seen anyone say this in just this way.  Ha, I just dealt with a noxious piece of government policy in a few well-referenced sentences!

Right now I’m at the point of extreme boredom. I’m just so over revising. I have other things I want to get on and write. I’ve finished with the last chapter now and there’s no more imaginative or creative work to do. It’s only the time-consuming process of checking references and consistency in naming, looking for tics, word repetition and code words, making sure all of the figures are listed at the front, compiling a glossary… it goes on.

Stuck in the depths of the revision cave looking out on what could be. So this is just like the last stages of the thesis – yes?

I know there is one more read through to do yet. I can’t simply shove the whole thing into a zip file and press send. Not now. So it’s gritted teeth time. Time to summon up will power and the power of routine. I’m sitting at my computer. I have work to do. I just need to get on and do it.

But there’s a deadline of end of month and I’m going to make it.

Photo by Jean Gerber on Unsplash

8 Responses to the revision cave