Whenever there is a discussion about doctoral or early career writing, one – and generally more – contributions refer to the helpfulness of accountability. People say that there are significant benefits in setting a target, often a word count, for their writing and then holding themselves responsible for reaching it. Such a target might be daily, weekly, or monthly. Very often people refer to public targets – they declare in a public forum such as a writing group, or online, that they will meet a specific word or manuscript target in a given period of time.

The circulation of stories about famous writers who go to their study in the morning and don’t leave until they’ve written 2000 words certainly suggests that writing targets are an unequivocal good. And we can now do so much more than, say, Stephen King who started writing his 2000 words pre Web2. There’s no doubt that developing technologies have added to our capacity to work to public targets. Events such as #acwrimo, where writers set a target for a month, are increasingly popular. Websites like 750 words a day, hashtags which emphasise productivity targets and the pomodoro app all support an accountability approach to writing. By that, I mean an approach where a number suggests that you have either succeeded or failed and/or where performing in public is key.

This is a writing accountability which is both measurable and performative. Did you hit your target or not? 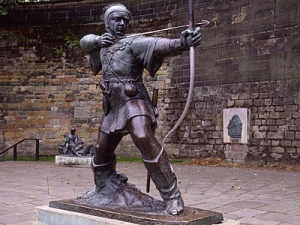 (I couldn’t resist the parochial reference.)

Now don’t get me wrong, I use manuscript targets too. Anyone who followed my posts on the way in which Barbara and I wrote our most recent book will be familiar with the frantic writing we did in order to produce a first draft in a very short space of time. We weren’t working to word counts but rather “ We have to get a chapter written every three days.” Because we live on different sides of the world, we had no option but to write fast when we were together. However it wasn’t the most enjoyable process and we would certainly have rather taken more time than we actually had.

But in reality, most of the time I don’t work to a word count. I do have calendar deadlines when things need to be done. I mostly meet these – but I don’t work to word or page targets in order to do so. As long as I’m writing each day and getting somewhere significant towards completion, I’m happy. Somewhere significant might be a small section on one day and several large chunks of material on another.

I get things done largely because:
– I have a writing routine. I write nearly every morning for around a couple of hours or so (often a lot more) but I don’t count. I write till I’m done
and
– I like writing. Even when it’s tough going, as it inevitably is sometimes, I still like writing.
When I use targets for myself, it is generally because I’m under extreme pressure. But working to word count or page targets tends to be the exception rather than the rule. I can generally just get things done. Instead of targets I have plans and goals for the semester and year, not daily targets.

I have a regime which blends both extrinsic and intrinsic reasons for writing. I can motivate myself to write and writing has its own pleasures. There is something very rewarding about having an idea and being able to develop it through writing. There is enjoyment in playing with the structure and the rhetoric in order to craft the text to make it the best it can be. There is certainly satisfaction and often delight, in having the writing published and out there in the world. Any externally set deadlines that I have always work together with internal self-motivation and self-discipline.

I do worry about an over-dependence on external target setting and public accountability. This is a worry that I share with Jo Van Every who has also recently posted about her concerns about an overreliance on writing accountability regimes.

As a former, long-time school-teacher I know that there is a problem when students are taught to only to work for stickers, rewards and test and exam results. The end result is that they do not do more than is asked of them. They rely always on the teacher to tell them what to do. They ask how many words they have to write on any given topic, rather than where they can look to find more information. They copy slabs of text out of books simply to meet required word lengths. They do not develop their interests. They do not develop a purposeful knowledge of their own learning practices, which means they cannot analyse their own learning strategies nor invent new ones. They do not have a love of learning.

But, as a teacher I also know that the judicious use of targets, rewards and praise can support students to develop the habits that underpin independent study and writing. It’s not that the use of external targets is wrong. It’s just that if rewards and punishment and targets are all that there is, then there are almost always counter-productive consequences. Targets can be part of a healthy and sustainable learning – and writing – regime, but there are very significant down-sides if they are the overall frame for all of the learning and writing that goes on*.

And it seriously worries me that there is such a neat fit between the performative university which requires measurable outputs with ever increasing frequency and the kinds of writing target regimes that are popular but appear to be self-imposed. Well, there’s a whole sociological analysis I’m not going into now but I’m sure you can see the argument I’d make.

6 Responses to accountability and academic writing