co-writing with your supervisor – do we need a code of good practice?

Yes, universities now promote the practice of doctoral researchers writing with their supervisors, but their advice and support for those involved lags well behind their encouragement.

Most universities sign on to the Vancouver protocol, developed by medical researchers, which clarifies publication standards and delineates who ought to be counted as an author. The ICMJA – the National Committee of Medical Journal Editors – has helpfully reworded this Protocol. The ICMJA say that an author of a publication is someone who

So all four things together count as authorship, not one or two.

So here’s one problem. If an author is someone who has engaged in all four specified activities, doctoral researchers who have undertaken only one of those tasks – perhaps involvement in the generation of data and its analysis – are, according to the ICMJA guidelines, to be acknowledged in the paper, but not counted as authors. If they want to be an author, they should be involved in the writing and manuscript development and approval. But getting into the other three activities might be out of the control of a doctoral researcher.  PhDers who have been engaged in data generation and analysis might not qualify as authors simply because their supervisors have not invited them to become part of the writing of the paper. They have been involved in one stage but, involuntarily, not the other three. And it is probably the asymmetric power relationship of supervision that allows this to happen.

In addition to being accountable for the parts of the work he or she has done, an author should be able to identify which co-authors are responsible for specific other parts of the work. In addition, authors should have confidence in the integrity of the contributions of their co-authors.

While this statement is useful, it doesn’t actually resolve all of the issues in authorship, particularly in supervisor –PhD collaborations.  For instance, as I wrote last week, does a supervision relationship automatically count as a a substantial contribution worthy of authorship? Does guiding data generation and analysis and giving some feedback on the text count as critically revising a paper for important content? Certainly, some supervisors seem to think so.

And the ICMJA guidelines don’t address another common issue, namely, in what order are authors to come? Simply knowing the nature and/or percentage contribution doesn’t necessarily equate to the person doing the most work being first author. Should the author list be in order of seniority? Reverse order of seniority? Alphabetical? Reverse alphabetical so that those whose names start with a later letter, through no fault of their own, don’t always come last?

And is it realistic and/or sensible to suggest that all authors actually do have the last say on a paper? Does this mean the last track change? Or is there, for stylistic and coherence reasons, a rationale for giving one person the sign-off tasks and if so, what does this do to authorship order, particularly if that (senior?) person hasn’t done much else?

In general, the person who has done most of the work is first author. In some fields joint first authorship is now common, to acknowledge the equal contribution of more than one person. The last author will usually be head of the group or the person whose idea it was. Generally, most of the writing is done mainly by the first and last authors. Another coveted author role is that of corresponding author, which is often the same as last author but can be someone different (for example in the case of collaborations).

Authorship order and sign off are bread and butter issues in large research teams which variously work them out. (Lots of anecdotes here, many not so good.) The usual advice to research teams is to develop an authorship protocol at the start of the project, making sure that this is fair and recognises all career stages. This is good advice, and I’ve often given it myself. However, there may well be a need to revisit an early authorship agreement – circumstances change, planned papers don’t work out, new publishing opportunities emerge. Like any ethical matter, authorship is an ongoing negotiation, not a one-off event. How does the PhDer in the team get a say in author order and sign off, alongside more senior and institutionally powerful colleagues?

And many PhDers are not in lab teams.  They are a lone researcher working on their own project, with one or two supervisors, or an advisory committee. So how is an individualised negotiation about authorship to happen? The doctoral researcher is very much at the mercy of the supervisor here and their ethical judgments. Who even initiates the publishing conversation? And when?

And to whom does the doctoral researcher turn if the authoring relationship with their supervisor goes wrong?  To whom do they appeal? On what grounds? If their university has no explicit guidelines on writing and publishing with supervisors, then how can they establish a case for inappropriate practice? They can’t very well appeal to the ICMJA or the Vancouver protocols, in part because of their gaps and lack of specificity. But mainly they can’t because these guidelines may not be binding within their institution. Doctoral researchers need a writing-with-supervisor guideline that is particular to their institution or graduate school. 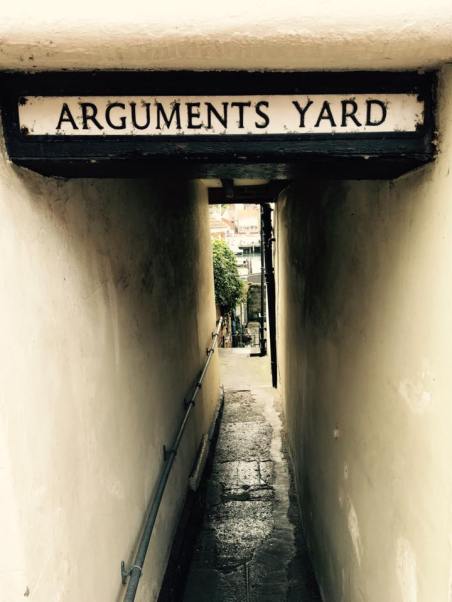 However…   A series of individual closed door negotiations between PhDers and supervisors won’t ensure parity of opportunity and treatment for all doctoral researchers. Parity means institutional action. But if their institutions want to do something, where can they turn to for advice?

Research Councils in the U.K. routinely fund doctoral studentships, and co-writing with supervisors is something they might provide some administrative guidance on. And VITAE, you‘ve put publication in your researcher development framework, so you clearly think it is important. However, I couldn’t easily find anything on your website on writing with your supervisor (for PhDs) or writing with your postgrads (for supervisors) – even in the password members-only section where the authorship advice is general, not specific enough for the doctoral researcher-supervisor situation.

So how about it RCUK, VITAE… Why not a serious discussion about writing with supervisors leading to some kind of national statement that might influence what individual institutions then take up as ethical guidelines…

This post is in part about sharing some information about the guidelines that do exist. But it’s also a call for some kind of action. Supervisors and PhDers are working individually on co-writing issues, and in increasing numbers. It would be extremely helpful for everyone if there was some discussion about under what conditions this ought to happen.

Ideally, I’d like to see institutions adopting a code of good practice for supervisor-supervisee writing and publishing, in order to ensure there is both quality and equity, to borrow a bit of corporate jargon, in the collaborations. And I’d like to see relevant national research bodies get a bit more interested in this practice.

Pat Thomson is Professor of Education in the School of Education, The University of Nottingham, UK
View all posts by pat thomson →
This entry was posted in academic writing, author order, authors, authorship, co-writing, ICJMA, publishing, supervision, Uncategorized and tagged authorship, ICMJA, Pat Thomson, VITAE, writing with your supervisor. Bookmark the permalink.

5 Responses to co-writing with your supervisor – do we need a code of good practice?