I’ve been wondering for a few weeks now what to say about this sheer volume of words. An average of one hundred and nine posts per year… posting mostly twice a week. And at around 1000 words per post, give or take, this is a lot of writing. A significant quantum of bloggage. About ten books worth in fact. Of course, not all of it is All My Own Work, but most of it is. 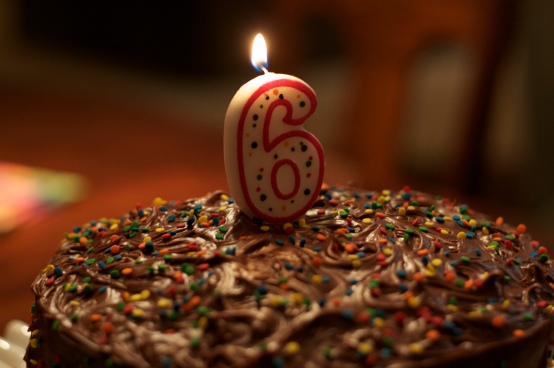 Bloggery, as continued and regular writing, is of course remarkably close to what journalists do. It is perhaps no accident that I did play with print when I was at university, and subsequently engaged with regular radio production on a much more serious basis. My first career choice was journalism, but it didn’t happen. Long story which involves being female and Murdoch newspapers. Another time. I went in a different direction. But maybe journalism will out.

For me, writing a regular blog means …

Even if you don’t want to, a self-imposed blog schedule means sitting down and doing it, regardless of mood, energy or inspiration. A couple of thousand words a week means that you can’t really be too precious about any of them. Once you have an idea for a post it’s just a question of bashing it out, and then revisiting and revising a few times so that it doesn’t sound too dreadful.

Now this may not the way that you write other things. Some academic writing, like a book or thesis for instance, requires levels of planning, sequencing and ordering of ‘stuff’ that are quite different from a blog.

Blogging has changed my writing practices. I very occasionally start a journal article with free writing if I am not sure where to begin, but by inclination I’m a planner. Tiny texts are my friend, as are chunks and outlines. But blogging is very different and it’s mostly just pushing out the words. There’s not much pre-planning involved in writing a regular blog post – it’s a key point which is introduced, explained, expanded and crunched at the end.

Self-imposed posting time constraints mean that I can’t afford to do the proverbial crappy first draft. I have to produce something that isn’t too dreadful straight off. I’ve found I can generally do a rough-but-OK thousand words in an hour or so. If I don’t get the words right – blogger it – I do put the draft aside and come back to it. But not often. I don’t have a lot of unfinished posts hanging around. At present, there’s three and they’ll appear in the next few weeks – they just need an hour or so more on each one.

And I have noticed a notable spin off in my other academic writing. You know the ‘real’ stuff that gets counted. I’ve always been a fast writer. But my first drafts have actually improved quite a lot. I’m managing to think, talk in my head and write at the same time much more efficiently than I did six years ago. Blogging means I’ve got my ‘fast twitch’ writing muscle working pretty efficiently.

Bloggers do have to sort out who they are writing for. They have to imagine an audience and have a clear kind of ‘mission’. This might be people like them with whom they want to share their experiences. It might be people who are interested in the same kinds of ideas. Or, as in my case, it might be a kind of ‘teaching’ blog.

Patter began with a very clear idea of its readers – doctoral and early career researchers and those who work with them. Patter is intended to be complementary to what is already available in books and in courses; it doesn’t replace supervision, live conversation or more extended argument and examples. It is also free, and is thus available to people who can’t afford to buy the books. And because I’m an educator, it is also underpinned by disciplinary understandings that

These pedagogical understandings position the ways in which I write. They are, if you like, my bloggerly disposition.

And a sense of the reader, who they are and how they respond to ‘stuff’ is not just the prerogative of blogs, but applies more generally to any academic writing. It’s a helpful perspective for your more general way of writing – although of course, see above, not mandatory!

I sometimes suspect that many academics don’t do a lot of thinking about the people who read their stuff. It’s scary when you do, not because of who they are but how few there are. The AHRC project on the future academic book suggests that your average humanities scholarly monograph sells about 350 copies. And most of these sales are to libraries, so we can assume that there are more readers than just 350. But really that’s not a lot. And any journal editor can tell you that a lot of papers that get written don’t get a lot of downloads, let alone citations.

Blogs can be just the same. Not many readers. A lot of blogs have quite small audiences, because they are specialised, or their writers are in a crowded space and writing much the same as other people. But sometimes the lack of readers is simply because blog writers haven’t played in the social media ecology enough to let people know their work is out there. Andy why is that, I wonder?

However, blogging potentially reaches people and places you don’t imagine. I certainly didn’t think that Patter would be as well read as it is, reach as many places, or be as well known. It just kind of happened. It just grew. Bloggerism rules my life.

Now, I’m not uncomfortable with the idea of putting something out there to unknown and ultimately unknowable audiences. But some people I talk with are a bit bemused by the notion that what they write is being read at all, and read by people that they will never know or meet. It’s as if they think of their academic writing as giving a very small invitational seminar. But being read now matters a lot to me.

I keep an eye on reader hits on the blog and on what seems to be popular and what gets most comments. The most popular posts are inevitably those that are about the hidden rules of the academy – how examiners read a thesis, what trips you up in the thesis, how journals really work… I can’t write those kinds of posts all the time I’m afraid, but I do try to do them relatively regularly. I want to cater to what readers want.

Blogging is inevitably public work. It is thinking, communicating and yes, even teaching in public. It is a newish public space that makes and changes conversation conventions. Readers answer back. They ask questions. They follow or they stop following. While they are unknown in particular, some general things about them are able to be understood.

A blog is, if you like, a very big seminar room. You can’t see the back row and a few rows forward. But your friends are at the front. So just as in the more usual seminar space, you have to stand up and say your piece. Writing regular posts can help to develop the scholarly capacity to speak up, speak out, say what you think. And to come to terms with being read.

And if like me, you are a regular blogger, then you are always on the lookout for things to write about. A bloggerist outlook becomes a part of everyday life. It’s all just bloggeration nation in my head.

Well, that’s my view. Now. On my sixth blog birthday. I could change my mind of course at any time.

So that’s the other thing about long-time, long-running bloggerism. A blog is an archive of activity and of thinking. A record of material over time. And that’s both good and bad. In my case, Patter is now an unruly mass of posts which really do need serious curatorial attention! I’ve forgotten what’s there, let alone readers. Even though I tag every post,  it’s not that easy to find things.

Once again, and I see I said this last birthday too, that’s my challenge for the next twelve months. How to knock all of these Patter words into more accessible shape… meanwhile there’s always next Monday’s post to think about.

And ICYMI, here’s another post from a couple of years ago on how blogging helps academic writing.