Please note, I write my blog on weekends. It is not part of my workload, nor in my job description. I support the #USS strike. 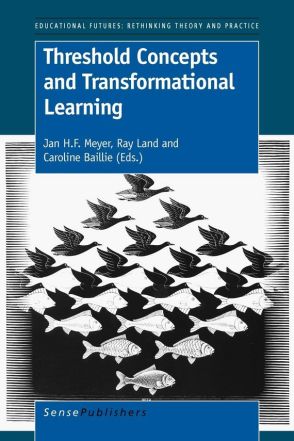 A threshold concept is not the same as a core concept or foundational idea. Let me give you an example. A foundational concept in writing might be that of rhetoric – the persuasive, informative and artful forms that speech and writing can take. However, knowing the principles and rules of rhetoric doesn’t help a writer to understand what they are doing. It is the understanding that writing is both social and rhetorical that makes a difference to the ways in which we approach writing. Once we understand that our writing communicates with people across time and space, and that we want them to respond in particular ways to our texts, once we connect purpose with audience, we can make authoring decisions about what rhetoric we use. And how.

When I run writing workshops I emphasise seven threshold concepts:

But my seven  threshold concepts are not all that there are. No. There are, according to writing scholars, thirty five. I’m well short. And my version collapses some rather important nuances and differences together. Well, that’s according the authors of Naming what we know. Threshold Concepts of Writing Studies.( open access online)

The authors are North American writing scholars of varying seniority. They got together to sort out what they thought were the most important threshold concepts in their field. The result is five meta-concepts:

Each of the meta-concepts is explained through four to six related ideas.

So for example, the meta concept Writing enacts and creates identities and ideologies, offers an explanation of the overall idea, and then a further five points:

The very first short section, about identity, makes a couple of big claims. The writer. Kevin Roozen, argues that “The act of writing then, is not so much about using a particular set of skills as it is about becoming a particular kind of person, about developing a sense of who we are.” Roozen explains that through writing, we come to be socialised as members of particular academic disciplines, we write ourselves into being a social scientist, a mathematician, a historian. We display this identity through our writing, perhaps challenging as well as claiming allegiance with the beliefs, interests, values and knowledge traditions of the specific disciplinary community.

Roozen argues that understanding text work /identity work (Barbara and my phrasing of this threshold concept) “foregrounds the need to approach writing not simply as a means of learning and using a set of skills, but rather as a means of engaging with the possibilities for selfhood available in a given community”. He suggests that the difficulties that some people have with academic writing may not be to do with poor literacy, but rather be about how much they see themselves as part of the academic community in general and/or the disciplinary community in particular. If you don’t feel part of the gang, then you are likely to have difficulty with performing as one. ( Yes. A very important point. Everyone who teaches postgraduates needs to understand this. A poorly written text maybe a sign of someone who doesn’t yet see themselves as ‘one of us’.)

Each section of the book addresses the implications of the threshold concept for general teaching and learning as well as for the writing classroom. So, for instance, Roozen suggests that on the back of understanding that writing is linked to identity, that an academic curriculum should be structured so that learners develop a sense of what it means to become a member of an academic discipline. He adds that assessment ought also to address learner’s identity work.

The book is obviously of interest to people who work with writing in under-and postgraduate contexts. But it is written for more general higher education audiences too. My suspicion is that it would be a very good addition to courses for people new to university teaching and for doctoral writing programmes. I’m certainly planning to use it in my next writing course.